Organisational culture refers to the shared values, beliefs, and norms that shape the behaviour of individuals and groups within an organisation. Conversely, leadership is the process of influencing and guiding individuals or groups to achieve a common goal. 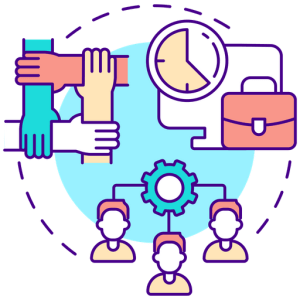 Experts in the field have proposed many different theories of organisational culture. Some of the key theories include the following:

Organisational diversity refers to the variety of differences among individuals and groups within an organisation. These differences can include age, gender, race, ethnicity, religion, sexual orientation, ability, cultural background, and differences in experience, education, and perspective. Organisations with a diverse workforce can benefit from a broader range of perspectives and ideas, which can help them innovate and adapt to changing conditions. However, managing diversity in the workplace can also be challenging and requires careful planning and effective leadership to ensure that all employees feel valued and included. 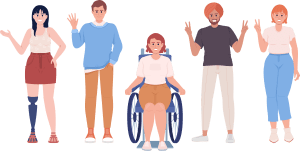 A multicultural workforce is a workforce that is made up of individuals from a variety of different cultural backgrounds. This can include differences in race, ethnicity, religion, national origin, cultural upbringing, language, customs, and values. A multicultural workforce can bring many benefits to an organisation, including a wider range of perspectives and experiences, increased creativity and innovation, and improved ability to serve diverse customers and markets.

The nine protected categories of individuals protected from discrimination under the Equality Act 2010 in the United Kingdom are age, disability, gender reassignment, marriage and civil partnership, pregnancy and maternity, race, religion or belief, sex, and sexual orientation. This means that it is illegal to discriminate against individuals on the basis of any of these protected characteristics. The act applies to a wide range of areas, including employment, education, and the provision of goods, facilities, and services.

In contrast, some organisational cultures are more egalitarian and value cooperation and teamwork. These cultures may favour transformational leadership styles, which focus on building trust with employees, increasing their motivation and commitment to the organisation, and facilitating personal development.

Finally, certain cultures may be characterised by an emphasis on loyalty or tradition, which can lead to a preference for ethnocentric leadership. In these organisations, leaders often emphasise collective experiences and group identities as a basis for social cohesion.

Was this Topic helpful?